Taking the Plight of Elderly Immigrants to the Knesset 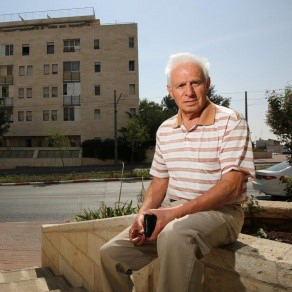 Dr. Avraham Sharnopolsky, an 85 year-old Holocaust survivor, is one of the lucky ones. More than 20 years after immigrating to Israel from Ukraine, he was recently placed in a small housing unit in a home in Jerusalem for elderly and impoverished immigrants. 27,000 immigrants with similar backgrounds that are entitled to subsidised public housing remain without suitable homes. Their plight was highlighted during Public Housing Day at the Knesset by NIF and Shatil’s Public Housing Forum.

One of the fundamental problems is the unclear guidelines for entitlement for subsidised housing. Dr. Sharnopolsky, who reached Israel in 1996, worked as a ballistic missile engineer in the former Soviet Union.

A study by the Knesset’s Research and Information Department found a lack of coordination between the Ministries of Housing and Immigration. The department came to the conclusion that a single body is required to take responsibility for handling the issue.

Typically immigrants must spend 70% of their pensions on housing, leaving them without enough money for food, medicine and other basic necessities. Many of them live like students, forced to find new accommodations every year.

The problem is exacerbated by the rigorous and often absurd criteria for entitlement enforced by the Ministry of Housing. For example, people with live-in care from the National Insurance Institute or who have applied to receive it, are not entitled to housing in a nursing home.

Dr. Sharnopolsky angrily explains, “There are people who registered on the waiting list 20 years ago when they were healthy. But now they have live-in help so they have lost their place in line and their entitlement to public housing.”