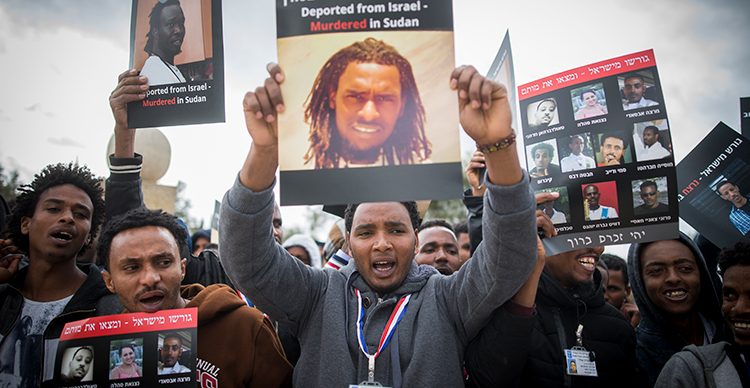 There are around 38,000 asylum seekers in Israel, mainly from Sudan and Eritrea. Over the past month, their situation has become increasingly tenuous due to new legislation and changes in governmental policy.

Under the new policy many of these asylum seekers will have to choose between agreeing to “self-deport” to countries where their lives may be in danger once again or face indefinite imprisonment.

The Holot detention facility built to house asylum seekers in the Negev is set to close in March. Those who do not agree to leave Israel will be locked up in regular prisons.

The policy (PDF)applies to Eritrean and Sudanese nationals who have not succeeded in applying for asylum states or who have applied but were rejected. This is not a small number. Many asylum seekers, having been granted Temporary Protected Status, did not file individual applications for refugee status. Thousands more were prevented from doing so by bureaucratic obstacles.

Outside of Israel approximately 56% of Sudanese and 84% of Eritrean asylum applicants have been recognized as refugees, but in Israel only a handfulof them have been granted this status. These statistics cast doubts on the validity of Israel’s asylum process as it currently stands.

Media reports indicate that the asylum seekers will be sent to Rwanda or Uganda. Asylum seekers who previously left Israel for Rwanda have been subject to abuse, torture, and extortion.