Why Work in the Field of Human Rights? 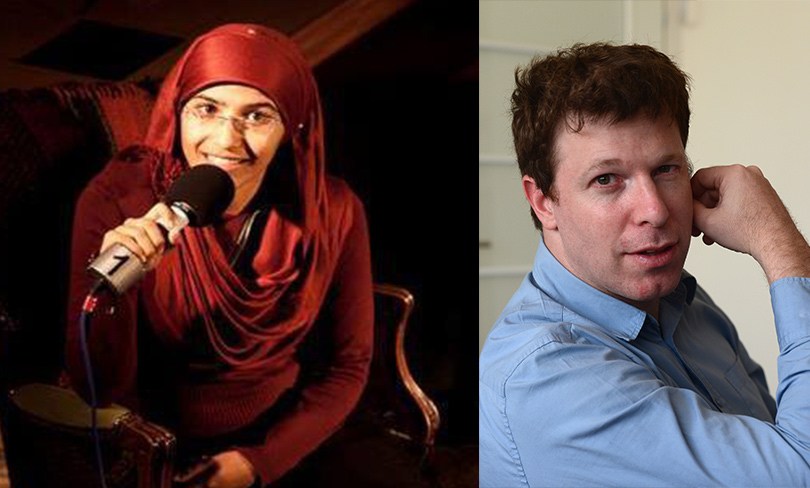 In Israel and the Occupied Territories, there continue to be frequent and serious violations of human rights amongst Palestinians in the West Bank and Gaza, Palestinian Israelis, migrant workers, and refugees.

We spoke with some of the activists and staff from NIF-supported organisations, who are at the forefront of the battle for human rights in Israel and the occupied territories.

Q: What does Gisha do to promote human rights in Israel and the occupied territories?

On the legal level, Gisha represents individuals and organisations whose rights have been violated before state authorities and courts. On the public level, we work with the general public and opinion-makers, decision-makers and organisations operating in the field, through publications, research and analysis, in order to increase awareness of what is happening in the Gaza Strip and to encourage sensitivity towards human rights violations in the occupied territories. Gisha also appeals directly to decision-makers and senior officials to promote policies that adequately support human rights.

Q: How did you get involved in Gisha and what motivates you to do the work you do?

A: Since 2015, I have been working as an Intake Coordinator in the legal department of Gisha. I am one of four coordinators in the organisation. I receive requests from Palestinian residents of the Gaza Strip whose right to movement is violated every day, as a result of the closure imposed by Israel on the Gaza Strip. I try to help them realise their right to movement, within the framework and criteria dictated by the IDF. The main thing that motivates me in the work I do and makes me come to work every day, which is an hour and a half drive in each direction, is the knowledge that there is no other body or organisation dealing with freedom of movement for Palestinians in Gaza. They are one of the world’s weakest populations, and don’t have anyone else to turn to for the most basic rights. Additionally, I feel motivated by the connection I have created with the population in the Gaza Strip, to whom I feel obligated.

Q: What does Yesh Din do to promote human rights in Israel and the occupied territories?

A: Yesh Din is an organisation based on volunteers and activists from various fields who seek to provide legal protection to Palestinians in the occupied territories, relating to human rights violations committed against them. The Palestinians are a population under occupation which lacks civil and political rights. This leads in a structured manner to a weakening population, especially as a large number of the attacks are done against a backdrop of, or under the cover of, security incidents.

Yesh Din assists victims of crimes, with an emphasis on violent crimes committed by Israelis against Palestinians, filing complaints with investigating authorities, and accompanying the investigation and supervision procedures to ensure they meet international standards. Additionally, Yesh Din provides legal aid and protection to Palestinians who are expelled from their lands or private property or whose human rights are violated as a result of the Israeli presence in the West Bank. In particular, there are many instances of a conscious lack of law enforcement. The exposure of wide-ranging human rights violations, of a weakened population without access to the centres of Israeli power and decision-making, is intended to expose harmful and discriminatory practices, and to change them through various legal and public tools.

Q: How did you get involved in Yesh Din and what motivates you to do the work you do?

A: Yesh Din is an organisation that relies on law as the driving force in its work. The organisation’s outlook is that there exists an obligation to enforce the law. This has always served as a moral compass for us. For me, even when I studied law at university, international law was always the most fascinating legal field. This field has been the most dynamic in recent years. It also allows universal values to permeate daily life, especially in the area of human rights law.

The ability to use various legal tools, together with the desire to prevent injustices, has led me to work in the field of human rights law and humanitarian law in armed conflict zones in particular.

In Yesh Din, I found an endless commitment to prevent human rights violations using a variety of tools, first and foremost in the legal field, and a strong desire to document and improve the painful reality of those who often have no voice, and whose fate and future is being taken out of their hands.