Learnings from our event with Fake Reporter 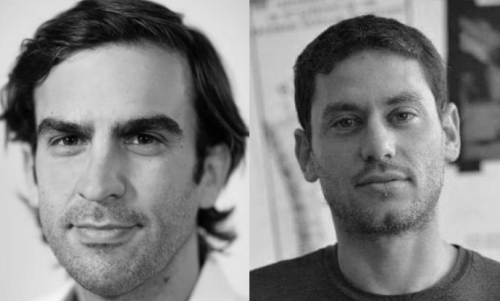 We were joined by Ori Kol and Achiya Schatz of Fake Reporter, an NIF grantee working to counter misinformation and hate speech online.

Below you will find some key takeaways from our event, and you can watch the full event again here.

Please consider supporting Fake Reporter through our Pesach Appeal via the button below.

How Fake Reporter StartedFake Reporter’s CEO Achiya Schatz got involved with online activism when he was attacked during the Balfour Protests in 2020. When a far-right mob attacked him while live-streaming the protest, he reported it to police, as did other groups, who were watching his live-stream. When the police came to speak to them, they said that the police needed their hard drives, despite the fact that the footage was online for anyone to see. This convinced Achiya that the police weren’t capable of taking on digital threats.Achiya and other activists started Fakereporter.net, initially as a joint venture between NIF grantees Mehazkim, Active Info, and Citizens’ HQ, before becoming its own charity with NIF seed funding.

An existential threat to democracyQuickly, Fake Reporter set up a system whereby anyone can report inauthentic behaviour online, and their team of professionals and volunteers can sort, investigate, and report on attempts to mislead the public.Combatting misinformation doesn’t just involve reporting on inauthentic behaviour, though. Fake Reporter also work with traditional media to share their information, security forces to hold those responsible to account, law-makers to create long-term consequences for misinformation, and the tech companies themselves to shut down misinformation.

Facebook is lacking the will and the tools to keep people safeAccording to Achiya and Ori, Facebook is not prepared to deal with misinformation. Last year Fake Reporter compiled a report on thousands of fake accounts pretending to be authentic Israeli citizens, campaigning for specific Israeli politicians and policies across more than three thousand Facebook groups.Despite Fake Reporter contacting Facebook about these fake account on their platform, they have not dealt with all of them, and many campaigns continue.

People will keep using these tools until there are consequencesFrom politicians to businesspeople to autocratic dictators, there have been very few consequences for misinformation campaigns on social media. Ori and Achiya believe that, if this does not change, they will continue to spread misinformation and threaten democracy. That’s why Fake Reporter work with legislators to make sure that those responsible are held to account.

Standing up for truth around the worldDespite only existing for less than two years, Fake Reporter have already had more than 300 articles published in outlets such as the BBC, New York Times, Washington Post, Reuters, ABC, NBC, and Vice. The five professional staff and few dozen volunteers have taken on social media scammers, far-right hate groups, Iranian intelligence operatives, and Russian misinformation campaigns in Ukraine.The New Israel Fund is proud to support Fake Reporter. We hope that you will consider contributing to continue their incredible work.