This year we are running the 2nd year of the Fellowship, and are delighted to introduce our 2016/17 fellows! 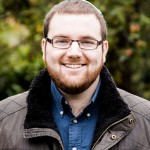 ELI GAVENTA is in his second year studying Photojournalism and Documentary Photography at University of the Arts: London. Previously, he spent two years studying in Yeshivat Har Etzion in Israel. Eli has just stepped down as Mazkir (Executive) of the Sinai Youth movement after 1 ½ years. After participating in Tzedek UK’s volunteering trip to Ghana where he worked as photographer and film-maker, he continues to volunteer for Tzedek.

Eli has also worked extensively with the Union of Jewish students, collaborating on campaigns, participating in political action trips to Israel and participating and leading a yearlong Artist Incubator programme. He recently joined the executive team for Barkai College – the new proposed Jewish High school in NW London. Eli will be a trustee for the University of the Arts: Student Union for 2016/17. Eli is proud to be a Yoni Jesner Scholar and a Rothschild Foundation Matara program graduate. 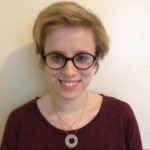 EMILY HILTON is a student social worker with the Frontline Programme. She graduated with a BA Hons in History from UCL in 2014 and an MPhil from Cambridge University 2015 where she researched the connection between masculinity and violence in the Irgun and Stern Gang. Emily is a bogeret of Netzer Olami and led Israel Tour for RSY-Netzer in 2013. She currently sits on the Yachad UK board as their youth and student representative, and interned for NIF UK in 2014.

Emily has been involved in numerous campaigns about the Occupation in the Jewish community including ‘Sign on the Green Line’ and ‘Kids Court in Conflict’. Emily is also a participant on the Ya’ad Leadership programme run by the Movement for Reform Judaism where she is interested in creating women’s learning and activism spaces. Emily hopes to explore issues around gender and Israeli/Palestinian society over the course of the NIF Fellowship. 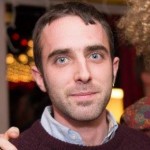 Born in Rome to a non-Jewish family, GIACOMO PAOLONI became acquainted with Judaism while studying in the United Kingdom. His connection with Israel, nevertheless, emerged during his childhood experiences in the country with his father. The image of a mosaic of so different, yet so similar cultures, fascinated him, and it later motivated his engagement for its gradual improvement.

Previously, he volunteered with the Ethiopian Israeli community and witnessed firsthand the problem of social inequality in Israel. He joined New Israel Fund’s programme because he believes Israel can exist as a Jewish and Democratic state, free from extremism. 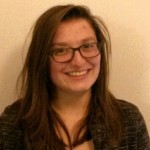 HANNAH SANDERSON has just completed three years at Durham University studying International Relations. She loved the course, and relished the opportunity to understand the politics of different countries. She loves to explore the world and experience different cultures, having travelled to India and Vietnam. She has been a member of LJY-Netzer since 2010. LJY introduced her to the successes and challenges Israel faces, and really inspired her choice of degree.

She is excited to get more hands-on experience with Israel, to learn about some of the challenges it faces, and to work with an organisation which does such impressive work.