Behind the Headlines – Yom Yerushalayim: Say No to the March of Intimidation

Yom Yerushalayim is a highly sensitive day, celebrating the emotive moment in which the Jewish people regained access to the Western Wall, as well as marking the beginning of Israeli occupation & annexation of East Jerusalem. The tense nature of the day is exacerbated by the “March of Flags” a parade in which thousands march through the city waving Israeli flags. The parade culminates in a dramatic march through the Muslim Quarter of the old city, which has been marred for years by racist slogans and incitement to violence.

This month we spoke to Yudit Oppenheimer, Executive Director of Ir Amim, on their recent campaign to stop the march going through the Muslim Quarter of the Old City. We also spoke to Dan Eisenberg, Movement Worker for Noam Masorti Youth, who together with RSY-Netzer, LJY-Netzer and Habonim Dror are running a campaign condemning the racist actions of the march, and calling on the Jerusalem Municipality to stop the march from going through the Muslim Quarter. 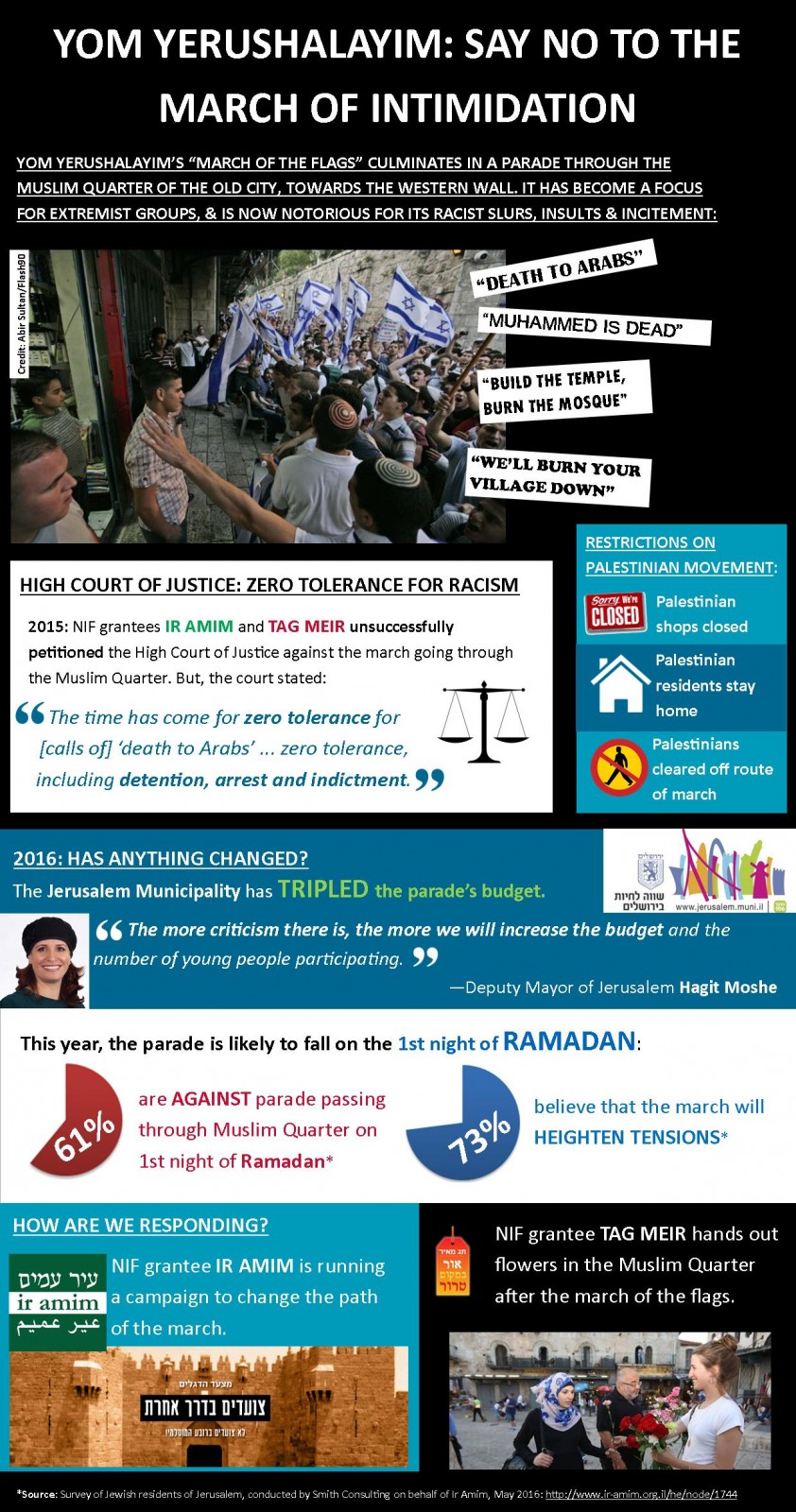 Watch a clip from the 2014 March of the Flags here.