Protecting the Most Marginalised and Vulnerable Communities 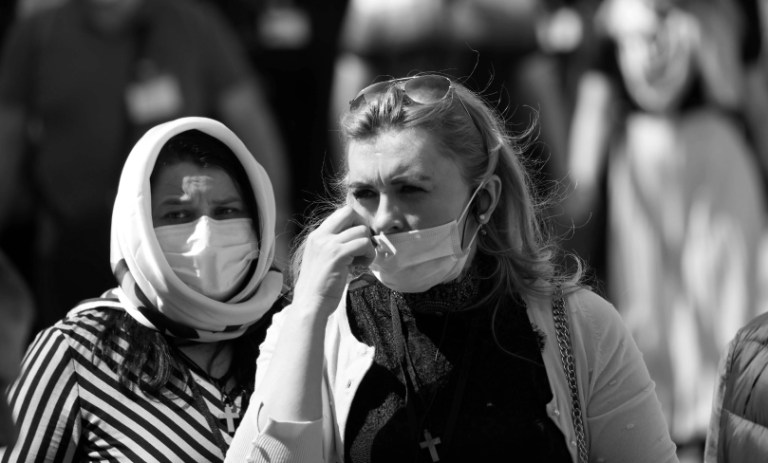 During a public health crisis, those who are affected disproportionately — the most vulnerable and marginalised communities — need special attention and care. But those who need help the most do not always get it, whether for lack of access to basic health services, virus-related information, or because the government leaves them out of policies for economic recovery.

We’re protecting the people struggling the most by making sure everyone in Israel can access government information and services to get well, stay healthy, and provide for themselves and their families.

These efforts fall into three categories:

A) Ensuring equal access to healthcare and other basic needs
Access to healthcare is a basic right that should be afforded to all. During a global pandemic, the entire society’s health depends on no group or individual being left out of treatment.

That’s why NIF grantees are working to ensure that people who are hit hardest – including African asylum seekers, Bedouin citizens of Israel, and Palestinian labourers – can access government information and services to get well, stay healthy, and provide for themselves and their families.

B) Providing access to coronavirus-related information to help flatten the curve
During a pandemic, all people should be able to find clear information in the language they speak so that they can protect themselves and their families. But Israel’s government is overlooking specific communities and leaving them out of a holistic crisis response.

Israel’s civil society has been working to ensure that members of every community in Israel –including ultra-Orthodox Jews who are not typically online, asylum seekers and Arab citizens who may not read Hebrew, and others – get access to the information they need to protect themselves and their families and help flatten the curve.

C) Advocating for a just and equitable economic policy in the aftermath of this pandemic.
The economic implications of this pandemic will be enormous, and it is up to governments to offset the worst of its economic impacts and help people get back on their feet. NIF grantees are working to not only protect the most vulnerable and economically precarious communities from the immediate effects of the crisis but to ensure that any government policy that addresses the economic impacts of the crisis is equitable and inclusive.

+ Protecting the Rights of Asylum Seekers

Following a petition by several NIF grantees — including Kav LaOved, the Hotline for Refugees and Migrants, the Association for Civil Rights in Israel (ACRI), and Physicians for Human Rights Israel (PHRI) — working on behalf of asylum seekers, Israel’s Supreme Court last week struck down the “Deposit Law.” The draconian 2017 law had withheld 20% asylum seekers’ wages, pushing many into poverty. During the coronavirus emergency, the economic burden placed on the asylum seeker community by the Israeli government became unbearable. The court ruled that the law was an unconstitutional violation of workers’ property rights, and ordered the state to return the funds within 30 days.

+ Housing and Insurance for Palestinian Workers

Following calls from NIF grantees the Association for Civil Rights in Israel, Kav LaOved, and Physician for Human Rights Israel, Israel’s government required employers to provide adequate housing and medical insurance to Palestinian workers who have remained in Israel after the government restricted access to their homes in the West Bank on March 18.

NIF’s flagship grantee the Association for Civil Rights in Israel appealed to the Jerusalem municipality and Adalah: The Legal Centre for Arab Minority Rights in Israel submitted a petition to the Supreme Court to open testing stations in East Jerusalem neighbourhoods beyond the separation wall. Israeli health authorities have committed to opening clinics and testing centres in the Shuafat refugee camp and in Kufr Aqab as of April 14.

At the outset of this public health crisis, Israel’s Ministry of Health published real-time public health advisories on coronavirus only in Hebrew, with Arabic updates available only after significant delays. This put the health and wellbeing of Arab citizens – and everyone in Israel – at risk. Adalah: The Legal Centre for Arab Minority Rights in Israel called on the Health Ministry to ensure that these advisories are translated so that all Israeli citizens, including Arabic-speaking citizens, can read them.

Physician for Human Rights Israel reported that Israel’s Ministry of Health website did not include information about coronavirus in Tigrine, French, or Amharic, the languages spoken by most asylum seekers living in Israel. PHRI called on the Ministry to provide for the safety of communities who do not read Hebrew and who are not covered by the Israeli healthcare system, including asylum seekers and foreign workers.

As Israel’s unemployment rate rose to nearly 25% in April, the Berl Katznelson Foundation and the Social Economic Academy (SEA) devised a set of socioeconomic policy proposals called “Full Recovery” to provide Israel’s government a roadmap towards economic recovery that is equitable, inclusive, and based on comparative research into policies adopted by governments around the world.

+ Advocating for Economic Relief for the Most Vulnerable

NIF grantee, Rabbis for Human Rights, is leading a campaign to urge Israel’s government to increase economic assistance to those with the greatest need during the coronavirus crisis. Rabbis for Human Rights organised a forum of 20 civil society organisations to lobby lawmakers to increase assistance to the elderly, single-parent families, asylum seekers, people with disabilities, and others who are now coping with ever-increasing economic burdens from the crisis.